As new technologies for Unmanned Surface Vehicles (USVs) and for networking navy ships, aircraft, unmanned vehicles, and sensors are rapidly advancing, the US and allied Navies are working to significantly increase the number of medium to large USVs as part of Distributed Maritime Operations (DMO) strategy. Swiftships is well positioned to contribute to the US defense strategy by offering “platform-as-a-service” from its 103 proven designs that empower clients with autonomous solutions for their small, medium, and large ships.

Swiftships has developed multiple variants of our Fast Supply Vessels (FSVs), not only for autonomy, but also for minimally manned or remote operations of the craft.

Our 205 ft FSV, is a prime example of leveraging skills and technologies to convert offshore vessel to a militarized multi-mission platform that can operate autonomously. When outfitted with missile defense, mission modules, UUV and UAV’s spoke or launching and retrieval capabilities, this relatively medium size vessel can accomplish many missions simultaneously, such as surface and underwater warfares.

The mission modules allow an added aspect, to provide larger missile defense capabilities and high-level surveillance radars, which generally cannot be outfitted on smaller vessels. Highly accurate EO/IR/LD can also be included on the platform as part of the mission modules to support to aircrafts in their missions to eliminate threats. The RHIB’s can also be deployed in a USV or mine hunting configuration to engage threats away from the mothership and prevent any damage to the unmanned platform.

This can all be accomplished, while the platform is in an unmanned configuration with no loss of human lives. The existing vessel, with slight modifications, and the current DP system will allow for spoke capability or launch and retrieval of Scaneagle or similar UAV’s.  USV’s can also be launched for underwater surveillance. RHIB’s (USV) can be deployed and controlled from either the vessel or shore command base. Range and endurance are 9000 NM and 60-90 days respectively, in an unmanned or semi-manned configuration. Refuelling At Sea (RAS) system is also provided for fleet support. The minimum crew for semi-manned vessels is five (5) persons.

The integration of autonomous modifications allows the vessel to perform the same missions listed above, but in an autonomous state, for up to 60 days.  The autonomous operations include normal shipboard maintenance and operational functions.  This includes fuel and oil filter changes or rotation, automated valve control and remote/auto power distribution control.  Other included functions are anti-collision and anti-boarding capabilities. 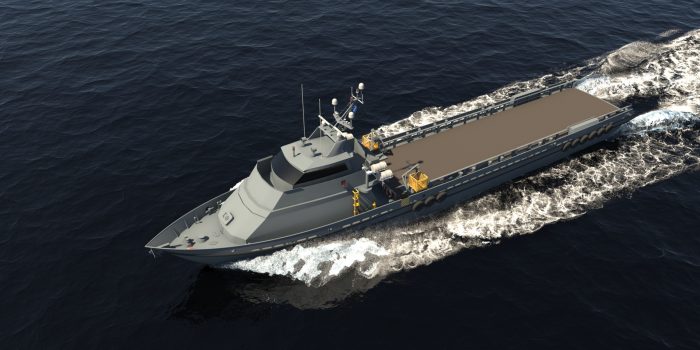 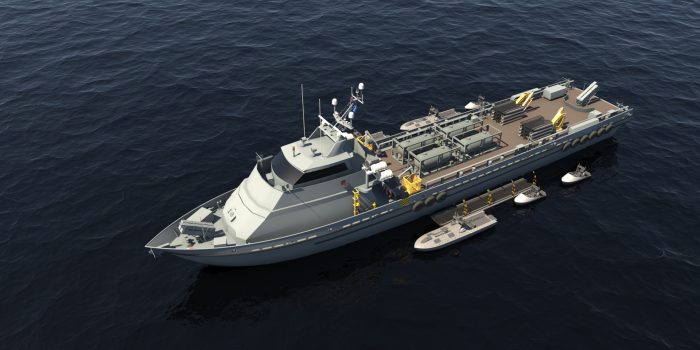 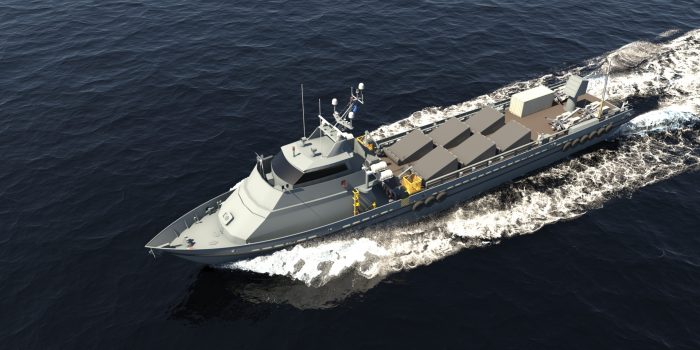 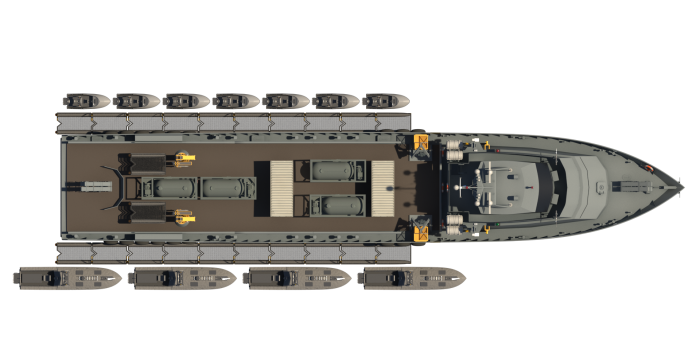 Swiftships’ USV conversion advantage is owed to adaptable existing designs and our superior skills to effectively leverage existing platforms, which are less utilized in their previous roles. Swiftships’ conversion methodology is threefold:

Autonomy allows the simplification and optimization of vessel’s design with fewer requirements related to the needs of the crew. This leads to improved efficiency, higher maneuverability, easier cargo loading with higher capacity, cheaper superstructure and reduced maintenance costs.

Autonomy reduces human error, which brings down the cost related to accidents and insurance, 95% of which are linked to human error. It also eliminates risks of crew injuries, death, or capture, and increases the success of long duration and dangerous missions that highly depend on the physical endurance of the onboard crew. 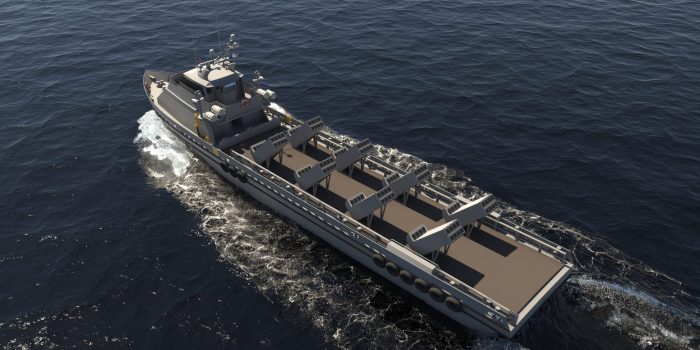 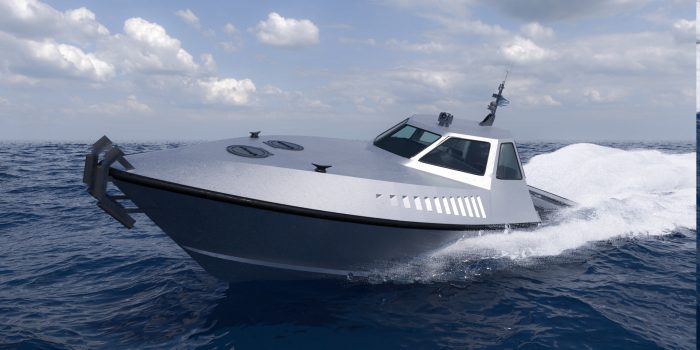 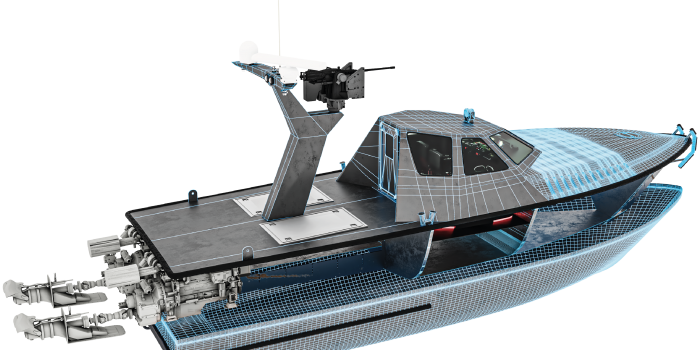 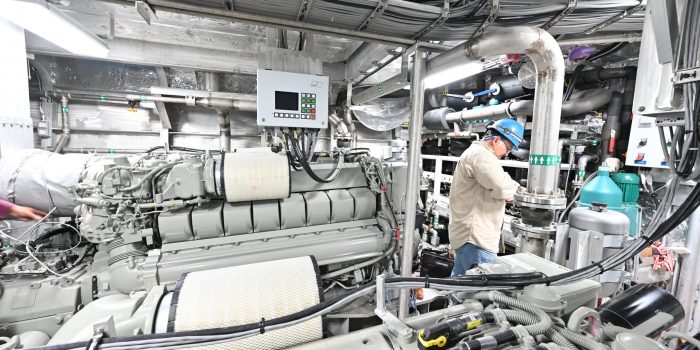 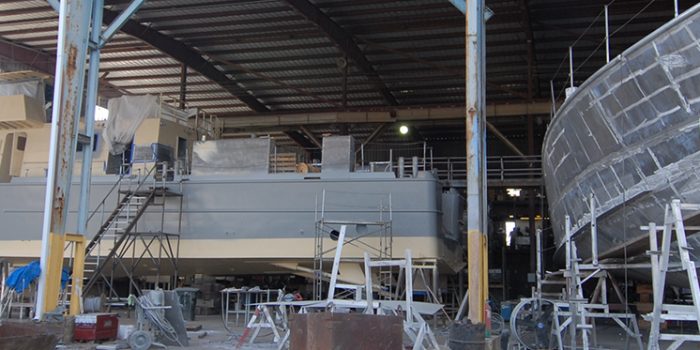