In March 2022, Swiftships awarded a new 28m Coastal Patrol Craft (CPC) contact to supply “Kit” as a Modification to its original Direct Commercial Sales (DCS). The Mod_004 will deliver Ten (10) Kits to be co-produced in Egypt at the Egyptian Navy (EN) Alexandria Shipyard and Egyptian Ship Repair and Building Company (ESRBC). In addition, six (6) additional 28m CPCs will be awarded under Foreign Military Sales (FMS) contract.

By combining Foreign Military Sales (FMS) and Direct Commercial Sales (DCS) contracts, Swiftships will have co-produced Forty-two (42) 28-meter CPCs for EN by the end of 2025. These two new contracts signed in 2022 will add 16 crafts with EN’s total requirement of 50 CPC by the end of 2027. In addition, Egypt and Swiftships have started co-market the 28-meter CPC to North African allied partners to the US.

EN has been co-producing Swiftships Crafts since 2010 (download case study), and this partnership has allowed both EN and Swiftships to excel on other platforms. The collaboration began in the early 1980s when Swiftships delivered its first set of eight (8) 28m CPCs; later, in 1990, it delivered two (2)  54-meter Mine-Hunters (MH) under a Direct Commercial Sales (DCS) contract. In 2006, Swiftships further delivered six (6) 26-metre Fast Patrol Craft (FPC), and further in 2009, delivered two (2) 28-meter CPCs and co-produced four kits built in Egypt under Swiftships’ guidance.

Swiftships has been discussing with the Egyptian Armaments Authority (EAA) to co-produce 35-meter Fast Patrol Vessels (FPV) in Alexandria to extend their capability from Steel co-production to Aluminum. This FPV will be all aluminum crafts with a 1,000 NM range with three (3) MTU engines to reach a top speed of 32 knots and a complement. Armament options include 12.7mm Rhienmental Remote Controlled machineguns with additional armament.

Egypt has an established local defense and security industry that produces a range of products from small arms to armored vehicles and naval vessels. It has co-production agreements with several countries, including the United States and France. Egypt receives $ 1.3 billion annually in military aid from the United States. These funds are for acquiring U.S.-made defense and security articles through the Foreign Military Sales (FMS) program. Egyptian Navy (EN) is the maritime branch of the Armed Forces (EAF). It is the largest navy in the Middle East and Africa and the twelfth largest (by the number of vessels) navy in the world. The EN protects more than 2,000 kilometers of coastline of the Mediterranean Sea and the Red Sea, defense of approaches to the Suez Canal, and supports army operations. 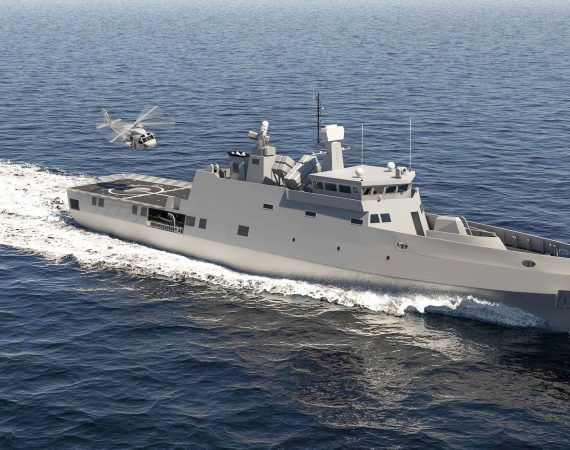 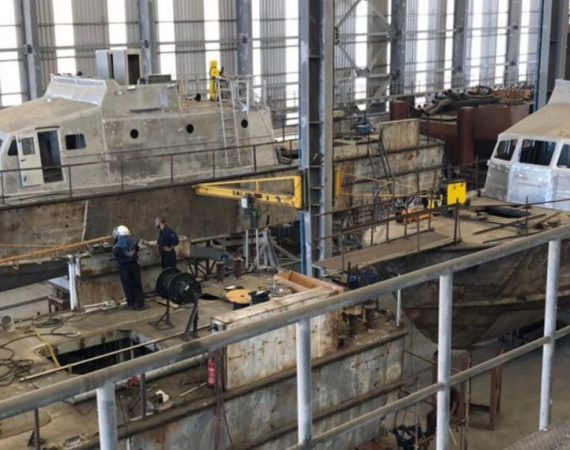 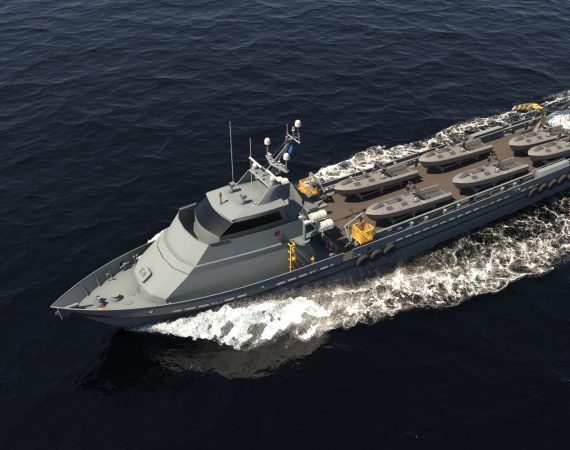