In an interview with Shehraz Shah, CEO of Swiftships, to Inside Marine, Andy Probert (Inside Marine reporter) mentioned the following: Swiftships continued to crest a highly lucrative wave of contract wins for its military watercraft vessels. After an outstanding year on record, the coming years could be even better as navies globally look to own faster and technologically more intelligent fleets in the future.

Shah explained why the future for Swiftships is incredibly bright. He said that after an outstanding year on record, Swiftships is rapidly ramping up for another two milestone years ahead. Given its dominance Swiftships is becoming the leading preference by global navies of small-to-medium-sized military ships. Morgan City, Louisiana-based Swiftships is an international OEM with expertise in design and build, marine weapons, propulsion and electronics integration, kitting, co-production, maintenance and refurbishment of naval and commercial platforms.

The CEO explained that good quality of products and continuous customer support are two major key components of Swiftships’ success. Shah said one of the significant achievements of 2018 came through with the US navy’s program revolving around the LCU 1700 based contract award. That contract was extended to two extra boats in March 2020, and was increased by an additional four boats as part of a $50 million contract modification. It is expected that the US Navy’s 2021 budget will include plans to buy five more LCU-1700 for $87 million.

Shah said that Swiftships had also been working diligently on perfecting an autonomous best vessel, which had been selected by the USN on program overload phase one. Swiftships is anticipating a minimum of nine vessels and the maximum of 50 over a lead-in period of seven years. The company is also on contract to convert an existing Swiftships built US Air Force parasail vessel into an Osprey landing platform, and was awarded an Air Force contract to overhaul the 36m missile-retriever class.

Another project ramping up is the supply of two 35m FPVs for the Royal Bahrain Naval Force. Further partnerships and contract wins include supporting the Iraqi navies Follow-On Technical Support (FOTS) program which maintains the Iraqi fleet at Umm Qasr Naval Base through continuous lifecycle support.

Swiftships has also been engaged in 28m coastal patrol craft for Egypt for the last 40 years and is also about to start Egypt’s 35m patrol craft requirement transitioning from a steel hull to an aluminum hull.

The company also has continued links with Pakistan through a Joint venture to engineer and build 45m steel FPVs at the Karachi shipyard. The Pakistani Navy ordered two 75m corvettes from Swiftships with an option for two more in 2020. Swiftships continue working with other Middle East neighbors and is working on other contracts with the Hong Kong police force, the Vietnam Navy central, Saint Lucia and Ecuador, and others. It has also continued working with Lockheed Martin to put the 35m SPV plan together for the royal Saudi Navy. This will be in tandem to working with Lockheed Martin and the Saudi Arabian government to build a new military shipyard in KSA.

All these partnerships will continue to be significant revenue generators and will lead to Swiftships growth. Another aspect included working with the US Navy to build a new site for Swiftships to completely manufacture the LCU 1700 vessels; another facility under consideration will be 3 times as big as the current shipyard. Swiftships has developed many variants of its FSV, not only for autonomy, but for minimally manned or remote operations of the craft. The company is also adding capabilities to keep its PB with CMS, C2 and weapons /missile defense technology. Shah concluded saying that the next 12 months have the potential to be very exciting. 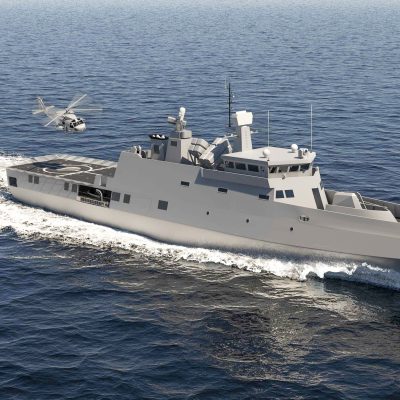 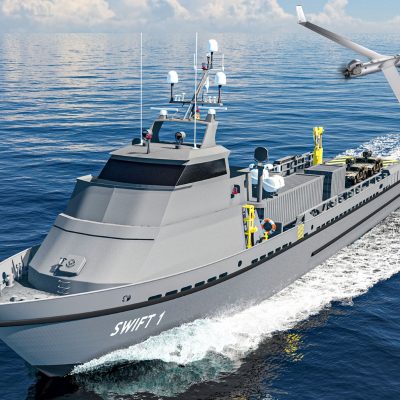